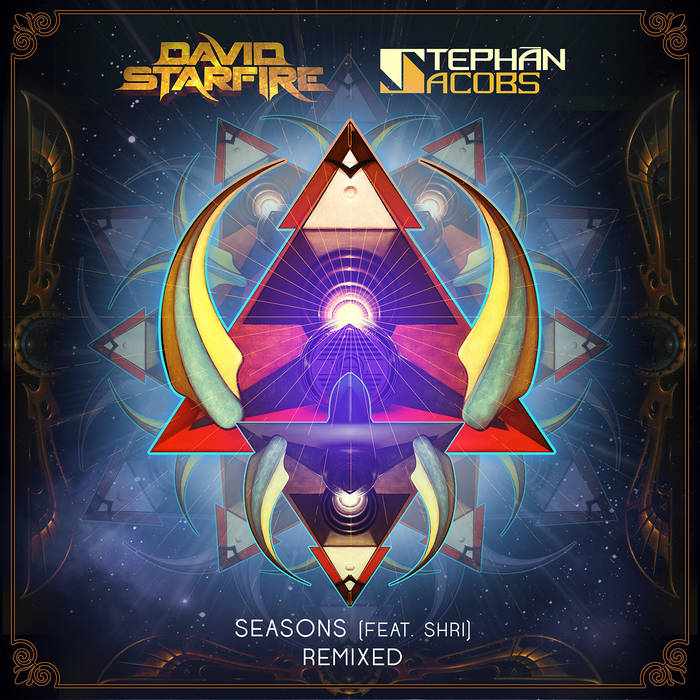 Seasons was one of the feature tunes from the compilation Dov1 Presents: Clipping Paths 3, widely acclaimed and also played by Bassnectar at his epic New Years show, the tune has an epic vocal hook and contagious melody.
We partnered with SKION and held a remix competition that received a few hundred submissions. This new release features the winners of the competition as well as a few of the notable runners up and then also special appearance from west coast bass legend, Andreilien.

David Starfire is a world-renowned producer/multi-instrumentalist/DJ that is known for his signature “global-glitch- bass” sound, mixing world instruments and fusing them with modern beats. He reached #7 on the iTunes World Music chart and his music is featured on various TV shows and video games. He's performed alongside some of the biggest electronic artists including Skrillex, Bassnectar, Deadmau5, Daft Punk, Diplo and countless others. He's performed at major festivals including Coachella, Winter Music Conference, Lightning in a Bottle, Symbiosis, Outside Lands, Shambhala, and Burning Man.

Stephan Jacobs is a seasoned veteran of the festival circuit, lending his talents to such noteworthy events as, Van’s warped tour, Coachella, Lightning in a bottle Identity Festival, Envision, and a direct support role for Pretty Lights on the Illumination tour. His list of collaborations and official remix credits include artists such as Benny Benassi, Showtek, Emancipator, Run DMT, Ill-Gates, James Zabiela, DVBBS, Martin Garrix, and Griz. He is also a founder at Producer Social and tech venture ‘Sesh’.

This is all music I have produced.

Bandcamp Daily  your guide to the world of Bandcamp